A spectacle you have to see to believe!

A tribute to the Carnivale Festivals from around the world, this is not just any Carnivale. The fast pace Salsa music of legends include Celia Cruz, Tito Puente, and Marc Anthony. The live salsa band comes complete with 16-20 feet Carnivale and Samba costumes, singers, and spectacular dancers. 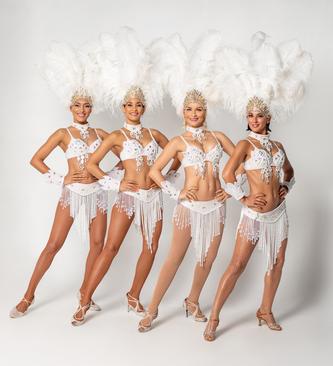 In the 1950s, the casinos in Las Vegas began attempting to top each other by making their shows as lavish and memorable as possible. This is where the enormous headdresses and exquisite costuming ideas came from. During this time, the showgirl became the unofficial icon of Las Vegas.

Showgirls originally danced around the headliners as background. It wasn't until later that the showgirls became the attraction and stars of the show. This began to take shape in the late 1950s with Donn Arden's Lido de Paris at the Stardust, Jack Entratter's Copa Girls at the Sands, and Harold Minsky's Follies at the Desert Inn.

Vegas is back! An explosion of sights and sounds, this non-stop show features beautiful feathered costumed showgirls, singers, dancers and a 4 piece band. A exhilarating cabaret show blends re-imagined contemporary classics that include “Diamonds Are a Girl’s Best Friend’, ‘All That Jazz”, “Luck Be a Lady Tonight” and “Feeling Good”. 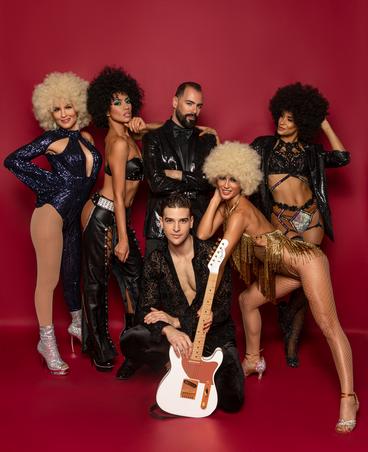 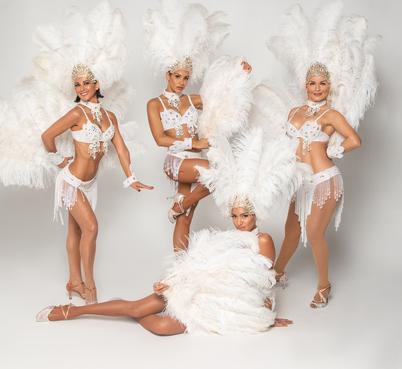 Studio 54's party scene in the '70s and early '80s will forever be remembered for its wild nights, high-profile guests, and massive crowds. In the late 1970s, Studio 54 was one of the best-known nightclubs in the world, and it played a formative role in the growth of disco music and nightclub culture in general.

A re-creation of this musical era, Studio 54 will transport you back to the disco era.

Studio 54 features an incredible line up of singers, dancers, and musicians who pay tribute to the Disco greats including Donna Summer, Gloria Gaynor, Bee Gees, and Earth Wind and Fire. Add some of the most spectacular dance grooves of the era complete with the dazzle of fashion, and you have Studio 54. 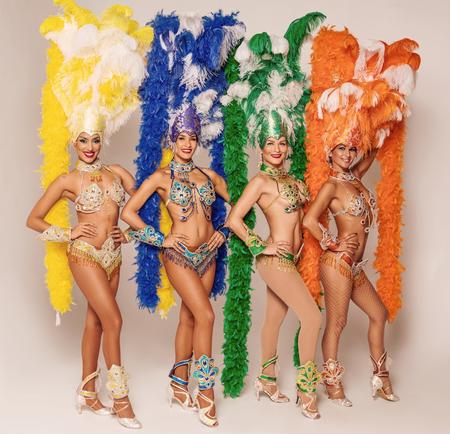